Here follow some excerpts of our year 2014 base metals forecasts as a sample of our services to foreign companies (among which there are some multinational entities).

At the present time our research department is processing the 2015 scenarios and base metals prices forecasts.

Any interested companies may ask to receive our past analysis for an overview, whilst booking the 2015 yearly/monthly reports. Nevertheles our weekly analysis on all non forrous metals and steel is only available in italian.

– Cuts in production and restrictions intended at removing part of the offer from the market could still occur and contribute to the rise in metal prices. Protectionist trends seeking to maintain the internal situation of some Countries stable, are likely to condition the situation in this sense. In addition, the growing nationalistic tendencies (particularly in Africa), limiting the operations of foreign compagnie, may restrict the offer. In some South American Countries, however, the export quota policy and the taxation of foreign companies operating in the mining sector could worsen, with a consequent contraction of activities.

– The dollar trend should return to affect the performance of the commodities market again, especially in the second half of the year, after the recent period in which the correlation between the dollar and commodity prices had definitely loosened.

– China and , more generally, the BRICS countries are in a delicate phase of transition to new economic models less linked to production – export. Moreover, these countries will have to face the inevitable political changes resulting from changes in their societies, especially in the last decade. In this situation, in our opinion, the rates of double-digit growth recorded in the past will remain a memory and the economy in the emerging areas will not be of great help to the prices of commodities. We therefore believe that, in the absence of decisive support of the BRICS, the markets of the commodities most closely linked to the cycles of the economy, in 2014, should be less nervous and volatile and could go back to move accordingly to key fundamentals in the short term, rather than the expectations of the international economy future development. This applies if the economic situation in Asia remains at least stable. However, if the emerging economies processes of transformation will  evolve less orderly and peaceful than expected resulting, for example, in facts that are disruptive to the economy and markets (worth mentioning at the first place the possibility of a financial and banking crisis in China), there will be extremely heavy consequences, especially for the raw materials prices.

– The recent violent and rapid collapse (-40%) of the Baltic Dry Index, which measures the cost of shipping the most important bulk dry goods, indicates a clearly negative outlook for the economy and international trade in the near future, unlike the various economic data that in most countries, show a tendency to acceleration of the economy.

– The enduring financial markets tranquility, in our view, is not based on a solid basis, but on the extreme generosity of the world’s monetary policies; this could lead to a dangerous sense of self-confidence among the traders, leading them to underestimate the risks still present in the scenario that , in our opinion, are numerous and serious. Turmoils typically occur in times like these, when the quiet market performance has managed to change in positive the operators’ psychology over the time, who tend to become less wary. It ‘s always recommended to keep in mind, therefore, that the structural problems that came to the light during the crisis of the past few years have not yet been resolved at the root, but only temporarily deactivated by means of monetary policy and , more generally, public interventions, which have postponed the solution forward in time. It is not possible to say exactly when, but the process of normalization of monetary policy, with interest rates returning to historically normal levels , it is bound to happen anyway, but this occurrence cannot be painless and without trauma to the economy and markets around the world.

– The international geopolitical situation is creating new tensions. The possibility of a degeneration of the situation in Ukraine will keep high nervousness among traders, impeding a re-evaluation of the commodities prices. The situation in Ukraine is also not the only one to be worried about. The risk related to several emerging markets rose strongly and will continue to affect the international scenario in a long term perspective.

There are still conditions that suggest excess supply of the more closely linked to economic cycles commodities, for 2014, even if the situation seems destined to a gradual improvement, especially for metals other than copper and aluminum. This also applies to oil and coal that do not seem destined to a particular price increase nor a particularly volatile market conditions.

– The recent recovery in prices of industrial metals from the lows of the year is not attributable to improved prospects for economic growth, but to renewed speculation about possible new measures to stimulate the economy by the Chinese government, or export restrictions introduced by governments of some producing countries. The positive trend of the market will continue a little longer, also for the return at work of specialized funds, hedge funds and other financial investors. It ‘s inevitable, however, that at some point the prices will return to deal with the fundamentals and the real economy, especially Chinese.

– The Baltic Dry Index quotes (a measure of the cost of shipping goods of the most important non-cash) remain at extremely depressed values and not far from the lows recorded in the spring of last year,. Given that the current values ​​are in 950 zone and the absolute lows were in area 600, while the quotes before the 2008 crisis arrived to about 12,000, one can easily deduce from this reliable indicator that any sound and sustainable recovery of the international economy is still far away and very unlikely in the short to medium term.

– China continues to be the fundamental driver for the prices of the most closely linked to the economic cycle commodities. Even a better tone of economic recovery in Europe and the United States will not affect much the price of commodities, and however not long lasting. The situation of the Chinese economy is still showing many critical points, while the economic indicators are particularly weak, again in agreement with our predictions made last year.

– Heavy uncertainties and risks continue to weigh on China’s financial and real estate sectors. In other words, there are no circumstances that would justify a strong recovery of the most closely linked to the economic cycle commodity prices, taking into account, in addition, all other risk factors that continue to dominate the scene.

The recovery of the  industrial metals prices could continue for a while, but it does not appear to be linked to a serious improvement in the tone of the international economy, as shown in the trend of the Baltic Dry Index (see note on the right column). Despite the Chinese economic data continue to improve, the cooling of the housing market does not allow to think to a quick exit from the crisis and the return to growth rates of the past will remain, most likely, a mirage.

– Investigations at the Chinese port of Qingdao on possible abuses in the practice of import and purchase of metals have not yet had a negative impact on the market prices trend. There remains, however, a certain tension among the traders, coupled with concerns arising from this latest scandal concerning certain primary importance raw materials.

– The US central bank is showing unexpected signs of its will to prepare the markets for a return to the normality of the  interest rates. At the next meeting of the Federal Reserve, scheduled for August 1, a more clear guidance could emerge about when and how the monetary stimulus to the economy will be removed, although partially. This process should be conducive to an appreciation of the dollar and, if done in a faster and more incisive way than unexpected, should be negative for financial markets.

– The transition from the stage of mining investments (in recent years) to that of the continuous production is ongoing and this should ensure an optimum level of supply in the future. A large part of the investments of the past were based on overly optimistic projections of the future growth of the world economy (especially on the Chinese economy).

– A renewed weakness in the German economy in the Euro Zone are a heavy factor in the future, mitigated only by the changing perspectives of the monetary policy of the ECB, in the sense of further expansion.

– According to our analysis, the geopolitical situation is not likely to improve, especially in regard to relations between the United States, European Union and Russia, with serious risks on the horizon, both in the European scenario and in the Middle East. However, we are currently inclined to think that this will not take a bullish effect on the oil prices.

– According to our analysis, the price of oil could drop significantly in the coming months and this would bring a great benefit to the consumer, especially in the West, pulling down at the same time, the cost of production of some metals. The possibility that the oil prices (WTI) will reach the area of 75.00 – $ 65.00 has to be considered, in the light of the results of our most recent analysis.

– China may soon begin a new cycle of cuts in official interest rates, for the serious signs of deterioration in the economic environment, particularly in real estate-construction sector, which is excessively increasing the risks of stability for the financial system.

– The German economy is slowing significantly, with high risks for the rest of Europe. The slowdown of the German economy, in turn, is due mainly to the economic slowdown in Asia. The risk at this point, is that possible expansive intervention by the ECB could be late and unable to counteract, in a timely manner, the worsening of the crisis.

– In the absence of new reflationary policies by the major European countries, the situation in the Eurozone is destined to further and more severe deterioration. We have already made some assumptions on the timing of the exit from this crisis, but we will write about it in January, in the 2015 annual report.

– The Chinese situation is even more complicated. The bad loans of the banking system are growing at the fastest pace in seven years. The decrease of the bank deposits level (first quarterly decline since 1999) also may have a negative impact on lending, creating another difficulty to the Government, in its attempt to revive the economy that, according to recent estimates, could grow, this year, at the slowest rate since 1990.

– The ongoing crisis in Russia should be a worrying factor with possible implications both on the economic side and geopolitics. The devaluation of the ruble and the recent rise in interest rates, well beyond expectations, represent an alarm signal. In the event of further falls of the oil prices, the Russian administration may be in trouble and would encourage, in our opinion, possible nationalistic tendencies such as to destabilize the Eastern Europe area. 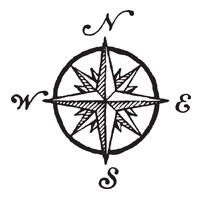